Impact of Plastic Packaging in Supermarkets in the UK

What is the first thing you see when you go to the supermarket?

If your answer is fresh fruits and vegetables wrapped in plastic, keep on reading to know how much plastic in UK supermarkets impacts the environment and what are some alternative solutions to that.

Have you also been wondering if it is possible to have plastic-free supermarkets?
We did as well. So we looked for the solution.

Let’s take a look at the leading supermarkets and their efforts to reduce plastic packaging.

Want to know what Tesco and other UK supermarkets are doing to avoid plastic and what you can do to improve things?

Sadly, most of the plastic we use ends up in the ocean affecting seabirds, turtles, seals, sea lions. Whales are also found dead with plastic in their stomach. It is also estimated that by 2050, the oceans could contain more plastic than fish.

A plastic bag is used on average for 15 minutes and takes 100-300 years to decompose.

Plastic packaging in supermarkets has raised public concerns in the past years, especially that the amount of packaging placed on the market (POM) by the UK grocery retail market was estimated to 948,000 tonnes in 2017. According to the same source, fruit and vegetable packaging represent 38,000 tonnes, and these amounts are expected to increase in the coming years.

According to the Environmental Investigation Agency and Greenpeace UK reports, leading supermarkets are responsible for producing more than 1.2 billion plastic bags for fruits and vegetables, 1.1 billion single-use bags, and 958 million bags for life.

Plastic wrapped wholefoods, plastic bags, plastic bottles, and plastic takeaway containers make avoiding plastic a real struggle for shoppers. Thankfully, there are several supermarkets across the UK that are now taking action to reduce plastic packaging in their stores. The majority of these supermarkets have an action plan for removing or replacing plastic packaging by 2025.

Supermarkets are using plastic wrap, plastic bags, and other hard-to-recycle materials to extend the shelf-life of their products which upsets shoppers, especially when used for unnecessarily wrapping fresh produce.

Shoppers are now taking actions when it comes to ridiculous plastic packaging in supermarkets, and this by taking reusable containers and bags when shopping. Others show their dissatisfaction by tweeting their supermarket about unnecessarily plastic-wrapped items.

Now, the real question is “what are supermarkets doing about plastic packaging?”

Waitrose’s target is to eliminate plastic from their stores and to achieve this goal, the company is providing refill and reuse options for its customers. Waitrose is still leading the game of plastic-waste reduction across the UK brands. All produce bags are now made from compostable materials and the store is even planning to remove all glitter from the decorative items in 2020.

The company is also encouraging shoppers to bring their own reusable containers to their stores in order to use it in place of plastic bags.

Tesco aims to reduce hard-to-recycle packaging such as PVC. For that reason, the company is planning to remove plastic bags from home delivery services and is looking for a new plan to use recyclable plastic lids on food containers. In addition, Tesco has removed 67 million pieces of plastic by eliminating tinned multipacks from its stores.

Currently, the company has a new set of targets that aim to reduce plastic waste shortly. Sainsbury’s have pledged to remove their non-recyclable plastics from their stores for loose produce and bakery items. They will offer shoppers a choice of paper or biodegradable bags!

The store is also testing a new concept called pre-cycle – which encourages shoppers to recycle their unwanted plastic packaging by depositing it in the store post-purchase.

Morrisons aims to reduce its plastic packaging and have 100% recyclable packaging by 2025. Currently ranked 2nd by Greenpeace, the company uses around 100,000 tons of plastic packaging per year. In addition, customers can use their own containers to purchase products at the stores including meat and seafood.

Since 2019, Morrisons claims that they have replaced the black plastic packaging previously used for meat and fish. Besides, fresh produce can be purchased in paper bags as an alternative to plastic bags. Morrisons is also planning to add refillable water fountains to their stores for customers to use to refill their bottles when shopping.

The Co-Op was the first store to replace plastic bags with compostable carrier bags in 2018 which has prevented 311 tonnes of single-use plastic to end up in the landfill. The company is now leading the way for sustainability and plastic reduction across the UK. Co-op can account for 95% of its packaging being recycled across 4 stores and has already removed all plastic packaging from their products.

The Co-Op can be considered as a plastic-free shop as it has removed 60 million plastic bags from its stores and replaced them with biodegradable carriers for shoppers! The carriers can be used as food waste liners and are compostable at home.

Co-Op has taken further steps on individual items to reduce plastic waste including changing the milk tops from dark to light blue to make them easier for the machine to recycle, meat packaging is made with a single layer of material, water bottles are made from 50% recycled packaging, pizza trays are now made from cardboard, tomato packaging is plastic-free, tissue boxes are now plastic-free and made from paper.

The Co-Op is currently collaborating with 25 organizations that work together to reduce plastic waste, food waste including local charities and non-governmental groups.

Yes, plastic is everywhere and this is because it is flexible, durable, but more importantly, it is very cheap. This “superpower” material, however, has some serious impact on the environment that cannot be neglected, but no worries a sustainable replacement to plastic is on his way.

Supermarkets are taking actions to reduce or replace plastic and have the support of their customers who are shopping at the stores that offer plastic-free alternatives, recycling options and refill stations such as Co-Op and Waitrose.

Shoppers who also bring their reusable tote bags, purchase fresh plastic-free produce and recycle their plastic waste will make a sustainable difference to the amount of waste that is created each day in the community.

Learn more about reducing waste on our complete guide to zero waste. 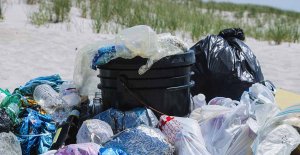 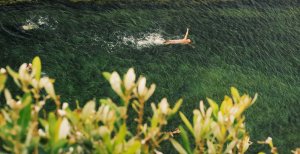 A Guide to Natural Swimming Pools in the UK 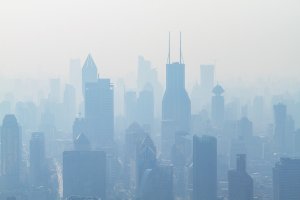 Coronavirus is BAD for the Environment. Here is why.

As an Amazon Associate eco- earns from qualifying purchases

eco- will share 5% of its profits with various NGOs dedicated to making our world a better place.